Welcome to this 3rd devlog on the Silfur Engine. It should be a little more interesting than the last and he gets deeper into the details of the engine.

This devlog is about the logging system of the Silfur Engine. As a reminder, the logging is to display -- Silfur Engine written on the console and a file (in a folder "Logs") -- what happens during the execution of our program. This is called logs. They allow developers but also, sometimes, the user to know what happened in case of bug (s). What gives this on the console: 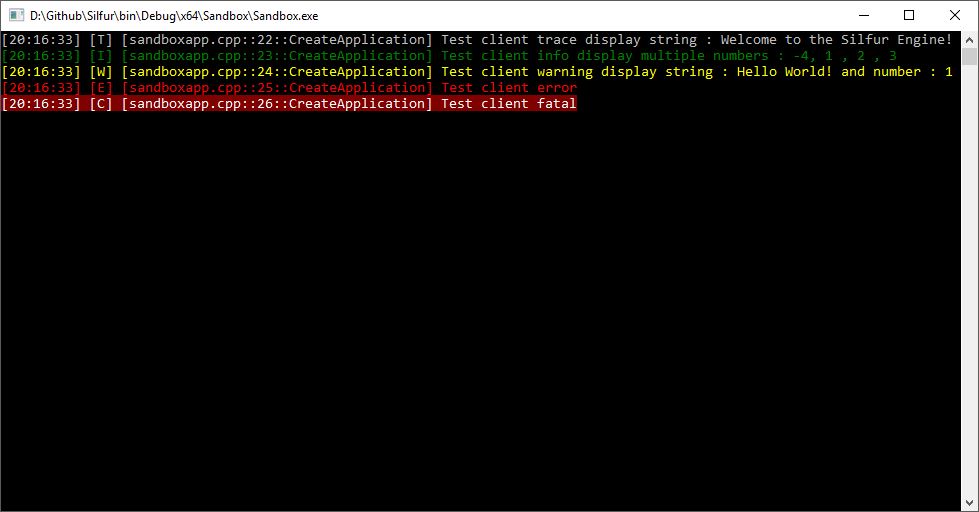 For the logging system, I used the spdlog library (accessible from Github). Then, I created a custom and configurable API to use the system in a simple way. I could have done everything from scratch but that doesn't interest me. Moreover, spdlog focuses heavily on the performance, which is a very good point.

To use, it's very simple. Just call the macro (see this link) by passing in parameter the message that we want to make write. For text formatting and passing of personal values, the spdlog library provides a formatting python-like. Just write {} where you want to insert data and put the arguments after the message, in the order of {}, as shown the example below:

The API allows you to configure the levels of logs to display according to your needs, just define one of these preprocessor directives, before including Silfur.h in your project:

The last line is the default behavior, no need to define it. It's there for information.

Finished the explanations for using the logging system of the Silfur Engine. Let's see how it's implemented!

First, the API is defined by only one static class: Log. Its header is defined as follows: 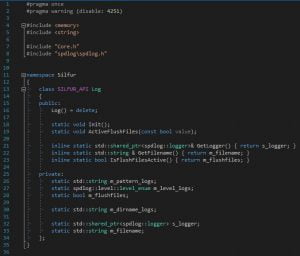 Why static? Because I don't want instantiate the logging system. It is a simple tool that can be used as described above.

To put it simply, it only has 5 functions:

The values of the static variables are defined in the file Log.cpp :

Initialization is to be called once and it's only the engine that does it. It's therefore completely transparent to the user. The initialization function is rather trivial (once we read the documentation on spdlog): 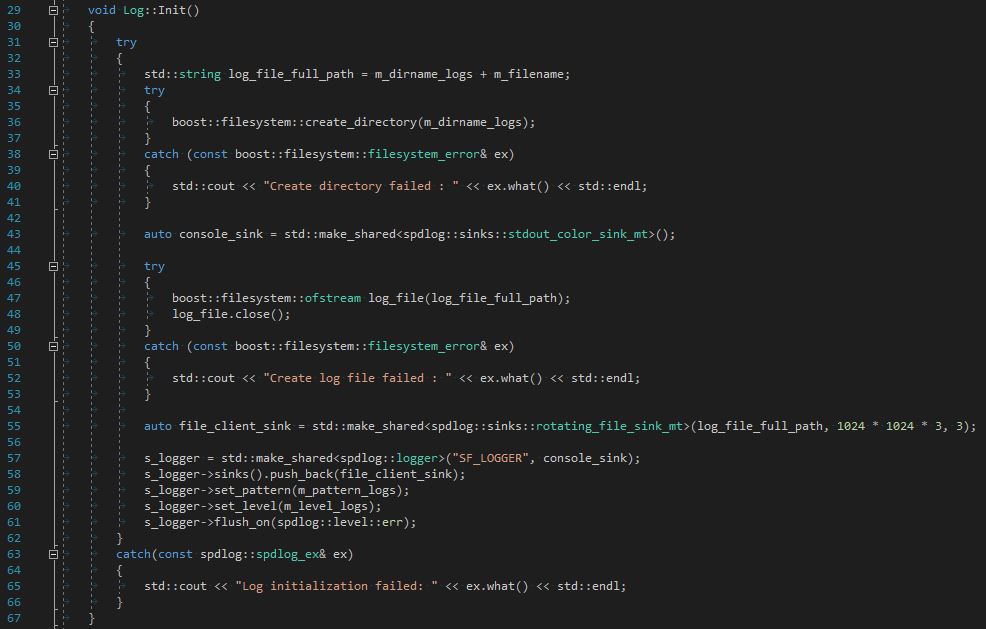 I also wanted to display more information than the spdlog library allowed. In particular, the display of the file, the line and the function where the log was called. So I thought about a solution leading to this:

For macro configuration, it was necessary to create macros representing different levels and enable/disable packages:

And write the preprocessor directives to manage all the different cases:

Finished this devlog for the logging system, its use as a user and its implementation.

Free, open-source game engine for 2D and 3D games and application with rendering